As Chairperson and CEO of Tri Destined Studios, N.D. Brown oversees business and legal affairs, corporate structure and strategic planning, and green-lights projects for Tri Destined Studios (founded in 1998) and its subsidiary companies. Ms. Brown is extremely dedicated to providing employment opportunities to minorities and women who are often underrepresented in the entertainment industry as well as exposing this same talent to an awaiting global audience.

Born in Cleveland, Ohio, to Abraham and Sallie J. Brown, N.D. Brown holds an MBA from Florida A&M; University and studied international affairs at the renowned Institute de Catholique de Paris in France. During her undergraduate studies at Florida A&M; University, Ms. Brown pledged the Beta Alpha Chapter of Delta Sigma Theta Sorority, Incorporated founded in 1913. Throughout her matriculation in Hollywood, N.D. Brown has been featured in several top industry publications such as The Hollywood Reporter, Variety, and Upscale Magazine.

Some of Ms. Brown’s film and television achievements include producing “Woman on the Edge”, “The Man in 3B”, “The Preacher’s Son”, and “No More Mr. Nice Guy”. For television, Ms. Brown was also the Executive Producer and the Show Runner of GMC TV’s first scripted television series “She’s Still Not My Sister”, derived from GMC’s record-breaking teleplay “She’s Not Our Sister” which helmed as the top-rated show in GMC network history. On top of all of that, Ms. Brown has also produced several community outreach and social awareness projects that she holds dear to her heart. This includes “The Call” which received critical acclaim for tackling and exposing the torments of AIDS.

Trey Haley is President and Partner at Tri Destined Studios and is responsible for the implementation of productions and events. He is also in charge of overseeing the company’s in-house production service division and Tri Destined VIP. In addition to that, Trey also handles the development of diverse venture collaborations and strategic alliances based on shared vision, values, and goals. With its motto of “Destined to Change the Perception of the World,” Tri Destined Studios continues to create a successful blueprint for independent studios in realizing its mission to be the number one brand in urban entertainment, production, and distribution.

Trey was born and raised in Arlington, Texas. He attended the University of North Texas and majored in Radio, Television, and Film. After relocating to Los Angeles to pursue a career in film and television, Trey was mentored by some of the top music video directors in the industry. He was also fortunate to have further honed his production skills at several leading television and film production companies including Morgan Freeman’s Revelations Entertainment.

A passionate filmmaker with a diverse breadth and sensibility, Trey has directed a variety of genres and has multiple projects scheduled for release. He is a Producer of the compelling documentary “Black Gold”.Trey has also handled other projects that include “Woman on the Edge” and “A Mother’s Sacrifice” which has already been aired on some of the top networks in France, Spain, South America, and Mexico.

Trey’s latest project is the hit crime drama “The Family Business” where he serves as both Director and Co-Executive Producer. On top of that, Trey also serves as the host of “Showbiz @Home” which launched in May 2020 on Instagram Live. “Showbiz @Home” features one-on-one conversations with celebrity guests, tastemakers, and thought leaders who share their unique perspectives and offer advice. He is often called upon to share his expertise in film/television production and business affairs at notable film and television forums for leading industry organizations and conducts filmmaking masterclasses that integrate discussions and hands-on learning to address the creative, technical, and business aspects of film and television.

A strong believer in “paying it forward,” Trey is deeply committed to empowering both youth and adults to imagine and fully realize their potential. Currently, he is writing a self-help book entitled, “What’s Your Thing!” and developing a phone application that will help people achieve their goals. Trey’s Business Partners at Tri Destined Studios are CEO, N.D. Brown and President of Film, Gregory Anderson. 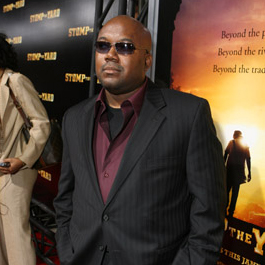 Gregory Anderson is a partner in Tri Destined Films with ND Brown and Trey Haley along with VP of Production and Development Veronica Nichols.

During summer studies under David Wheeler of the American Repertory Theater and Susan Steinberg at Harvard University, Gregory wrote the script for the movie “Stomp the Yard” which ranked #1 for two weeks in a row and grossed over 100 million dollars in overall markets, including ancillary with only a 13-million dollar budget. As of 2020, Gregory is a Producer on the TV Series Carl Weber’s “The Family Business” which is currently in production on Season 2. The series’ first season was listed in the Top 10 Cable TV shows in Viewership Live +3.

In the international marketplace, Gregory is a Writer and Producer on the film “Wild for the Night” (“48 Hours to Live”). Gregory’s recent foreign TV works include “Qu’est-il arrivé à ma fille?” (“A Mother’s Sacrifice”) which aired on French Network TF1, the most popular network in France. In the Spring of 2020, Netflix premiered “Always A Bridesmaid” and BET+ premiered Carl Weber’s “Influence”, each of which Gregory is a producer.

In between Summers at Harvard, Gregory independently produced and theatrically distributed a film with his Florida A&M University classmates: called “Trois”, which landed at the #34 spot of the Top 500 Film Distributors of that year listed by the Hollywood Reporter and resulted in the picture being in the Top 50 highest-grossing Independent Films of that Year according to Daily Variety. Soon after that release, Gregory wrote, Co-Produced, and distributed “Pandora’s Box”, also highlighted in Variety and Hollywood Reporter’s Top Lists, and picked up by Columbia Tristar

Gregory received the Role Model Award from the National Baptist Convention. He also mentored at Nissan’s North America Student Government Leadership Program, guest-lectured at MIT, and traveled to Turkey as part of the International Interfaith Dialogue for peaceful communication across cultural and religious lines. He received the Distinguished Alumni of the Quasquesentential at his HBCU alma mater Florida A&M University. 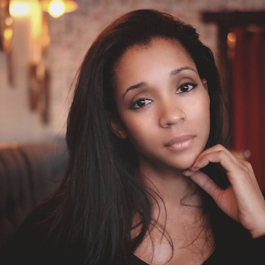 For Veronica being a producer is the culmination of everything that she is as an artist. Following her dreams and this desire to tell stories led Veronica into this multi-hyphenate life producing, writing and directing. After cutting her teeth in the Atlanta Film and Television Industry, Veronica, eager to continue to grow and seek new opportunities, decided to move to Los Angeles, where she joined forces with Tri Destined Studios.

She was hired as a Co-Producer on her first film with the company but was quickly promoted to Producer on their next outing together. In LA, Veronica found a great fit and rhythm and has since Produced and/or Consulted on many scripted film, television and streaming projects with her Tri Destined family.

Veronica has also served as Casting Producer for the mega-franchise ‘The Bachelor’ and ‘The Bachelorette’ for several seasons, dipping her toe in the unscripted world.

Veronica continues to seek challenging projects that can stimulate her creative appetite and benefit from her unique vision and knowledge of budgeting, scheduling, guild and union relations and set operations. One of her earnest beliefs is that in successful production as in all successful business, it is important to strive to find the win-win; the place where success is inevitable because everyone comes together and works for the best interest of the project. 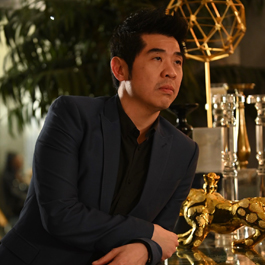 In 2008 Jeff decided to take a step back from acting, and start to dabble in casting. Jeff was mentored by numerous Casting Directors including, Sheila Manning (Meet the Fockers) & Tracey “Twinkie” Bryd (Stomp the Yard, Notorious Big).

Recently, Jeff was a producer the romantic comedy ‘Always a Bridesmaid’ and is a producer on the BET Plus streaming tv show, ‘Carl Weber’s The Family Business’.

Jeff is also currently in development on a Romantic Comedy ‘Smart Phone’ and a biopic of Hollywood Legend & Trailblazer ‘Michael Ovitz’. 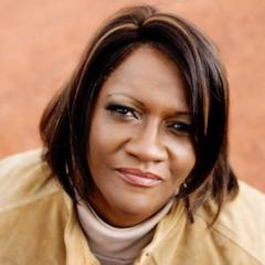 Dr. Lana continuously works daily in connecting, mentoring and guiding others new to the industry utilizing her vast knowledge and experience she has gained.  While on set Dr. Lana utilizes her Spiritual Counseling with both the cast and the crew. 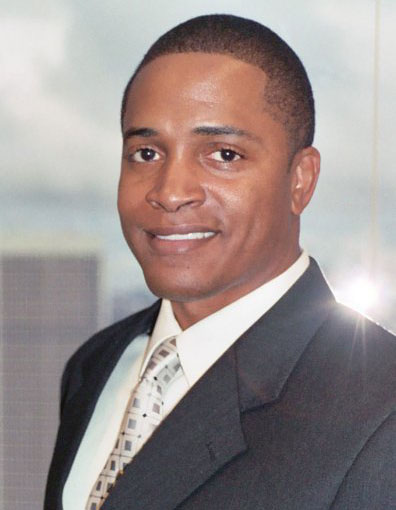 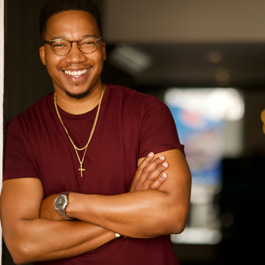 As Manager of Post-Production for Tri Destined Studios, Inc. in Los Angeles, CA, James Feimster is a motivated team leader who is responsible for overseeing his title’s department while working on multiple high-priority assignments.

His career skyrocketed after stints at two major networks—NBC and ABC. Feimster, then, landed a job as a Set Production Assistant on ABC’s hit show Dancing with the Stars. His field and corporate, network experience and his extreme passion for the entertainment industry and the arts afforded him the opportunity to move up through the ranks at major network and production companies such as Viacom, Bunim-Murray Entertainment, Paramount, BET, Comedy Central, The CW, and more.

Now, as a manager in post-production and a champion of communication and problem-solving, one of Feimster’s most highlighted achievements was post-managing award-winning episodic television shows.

He is known for his positivity and collaborative spirit. This same energy transfers into his work ethic as he enjoys creating content on platforms that will inspire others to do great things. In fact, his favorite quote is by Confucius: “He who says he can and he who says he can’t are both usually right.”

James Feimster received his B.A. in Film/Television from Five Towns College in New York. His technical skills include Adobe Creative Suite, Final Cut Pro, AVID, and Pro Tools LE & HD. In his spare time, he volunteers as Lead Camera Operator at his church in Los Angeles, The Potter’s House ONE LA.

Ben Stephens is a proud native of Washington DC, He attended Archibishop
Carroll High School where he was a major part of the schools
championship basketball team that included Big East leading scorer
Lawrence Moton from Syracuse University. After graduating from Carroll
High, Ben attended Shepherd University where he was a four year starter.
At Shepherd, Ben set many school records and was named 1st Team
All-Conference his Junior and Senior years. During his senior tenure at
Shepherd, Ben was name conference tournament MVP and NCAA II Honorable
Mention All-American.

Ben graduated from Shepherd University with a BS Degree. He later travel
oversees to play against the Greece, Yugoslavia and Germany national
teams with established NBA stars such as Milt Wagner [Los Angeles
Lakers], Stacy King [Chicago Bulls] and Jaron Jackson [San Antonio
spurs]. Ben traveled to Los Angeles to play in the Pro AM where he
discovered the entertainment industry.